Python is a high level and dynamic programming language that emphasis on code readability. It is widely used in various top organizations owing to its multiple programming paradigms. Python has a complete and vast standard library that has dynamic features and automatic memory management. Python Training program is designed to provide you the complete knowledge on the fundamentals of Statics, Python and Machine learning and also helps in gaining expertise in applied data science using Python. The training program is well versed with various activity problems and real world scenarios that help you avail in addressing modeling problem. Benefits of Learning Python programming language: 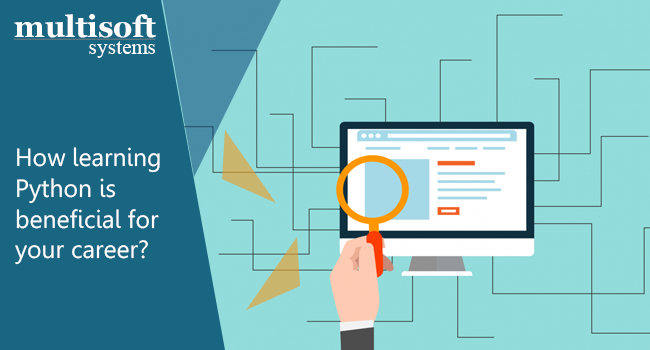 Python is placed at the top recent years over the other languages such as C, C++, and java is highly acclaimed by the users. Python is a programming language that provides an easy usage of the code lines, maintenance can be manage in an ideal way, and debugging can be done very easily. It has earned an image across the world as Google has made it one of its official programming languages. Python Training in Noida is appropriate for the below professionals: