Have you heard about the “Monty Python’s Flying Circus”? Definitely not, and specially new generation’s folks. It was a comedy series of the late seventies (70’s), and the author of python was a big fan of this, so he decided to give the name “Python” to his book. It is a reality on the basis of analysis ample of documents and rest is only a mouth story like that writer was inspired by the snakes, but it is interesting to clear that it is only a thought, not a reality.

Python training sessions are available within every training and certification providing organization, because of the following flexible features of this programming language.

Python is as simple as reading any native language book, i.e. python possess a Pseudo-Code nature that makes it easily adopting programming language. The concept of python is, allow you to concentrate on the solution rather than syntax writing. 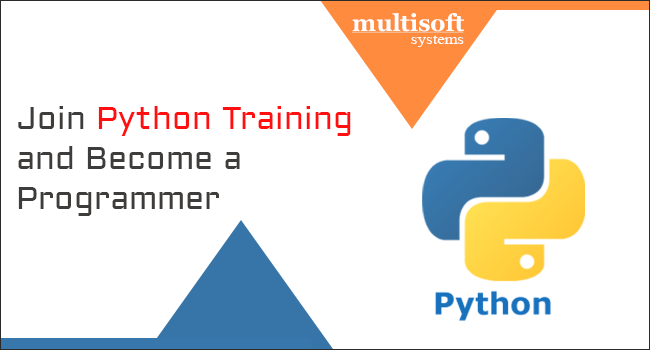 Python has a library of simple syntax that makes it easy to read, learn and explore.

Adopting python, you can freely download this software after that you can read, make changes, and use pieces of it in new free programs.

Due to availability on open-source, Python has a feature to make it work on other platforms. However, you must be taken an attention to avoid any system-dependent features.

A computer program is written using low-level programming language it needs a compiler to run and execute the program, when, one use an interpreted language like Python, there is no requirement of separate compilation and execution steps.

Python experts form “Multisoft systems” recommend this organization for Python training. Here we focus to provide a hands-on experience of industry projects along with scheduled training. A well maintained corporate look will provide you an experience to become familiar with the corporate working environment.

The course modules are normally planned for industry point of view and particularly for developers, system heads, and QA engineers. The advanced training module is more beneficial for the fresher and the candidates who have no any prior experience with python.