Embedded system is a system specially intended within a larger mechanical or electrical system for performing some particular tasks. It is a combination of hardware and software and has microprocessor or microcontroller. The few of the embedded systems that are generally used today are Digital Cameras, Phones and automotive systems. If you are eager to know the importance of embedded systems, then firstly you need to learn embedded system program and then only you can build embedded system project or look at real-life examples of an embedded system. Embedded Systems training supports the creation of consumer facing devices that don’t operate on traditional operating systems the way that full-scale computers and mobile devices do. The concept of embedded systems programming is part of what drives the growth of the digital appliances and equipment in today’s IT markets. 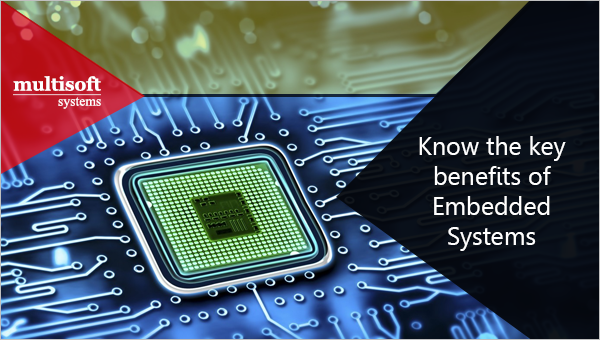 The major benefit of embedded systems is that it performs only one task at a time. As the system is intended for specific tasks, the performance is really great. Unlike the general purpose computing, the engineer has control over both hardware and software and can build a wide range of real-time devices. Anti-lock brakes for cars are a very good example for embedded system designs.

Hardware demands for embedded systems training are usually much lower than those for full PCs. Depending on the purpose of the system; it may be able to work with slow processors because there’s no need to allow excess capacity for the possibility of more demanding tasks such as video processing. In turn, these reduced specification requirements can substantially reduce costs.