Nothing shows you how to halt and fix things more than a test environment, and for most people that means their home network. Whether it’s a Windows laptop with a wireless generic router and a phone all the way up to 14 Linux Workstations, an Active Directory Domain Controller, a dedicated Firewall appliance and a net-attached toaster – as long as you are learning and fiddling with it, that’s what matters.

SSH is a secure connection used on different systems and dedicated appliances. Routers, Switches, SFTP servers and unsecure programs being tunneled through this port all can be used to help harden a connection against snooping. Despite the fact that most times when you hear about somebody ‘SSHing’ into a box it involves Linux, the SSH protocol itself (Cyber Security) is actually implemented on various systems – though not by default on most Windows systems. Programs like PuTTY, Filezilla and others have Windows ports available, which enables Windows users the same ease-of-use connectivity to these devices as do Linux users.

SSL stands for Secure Sockets Layer is identity verification and is designed to be able to prove that the person you are talking to on the other end is who they say they are. SSL and TLS are both used almost everyone online, but the problem is that it is a huge target and is mainly attacked via its implementation and its known approach. As a result, SSL can be stripped in certain circumstances, so additional protections for data-in-transit and data-at-rest are very good ideas.

POST is one of the best tools available to boot a system. Generally through the use of either display LEDs in more modern systems, or traditionally through audio tones, these specific codes can let u you know what the system doesn’t like  about its present setup. Because of how rare these events can be, unless you are on a tech bench day in and day out, reference materials such as the Motherboard manual and your search engine of choice can be marvelous assets. 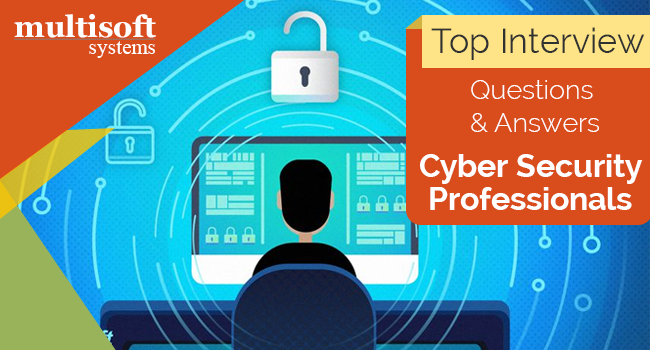 XSS stands for Cross-site scripting is a nightmare of JavaScript because JavaScript can run pages locally on the client system as opposed to running everything on the server side, this can cause problems for a programmer if variables can be changed directly on the client’s webpage. There are a various ways to protect against this, the coolest of which is input validation.

While it may sound strange, it is possible to access Active Directory from a non-Windows system. Active Directory uses an operation of the SMB protocol, which can be accessed from a Linux or Mac system by using the Samba program. Depending on the version, this can enables for share access, printing, and even Active Directory membership.

Salt at its most basic level is random data. When a well-protected password system receives a new password, it will create a hashed value for that password, create a new random salt value, and then store that combined value in its database. This helps defend against dictionary attacks and known hash attacks. For example, if a user uses the same password on two different systems, if they used the same hashing algorithm, they could end up with the same hash value.

Error messages often giveaway what the server is running, and several times if the website administrator has not set up custom error pages for every website, it can give it away as simply as just entering a known bad address. Other times, just using telnet can be enough to see how it responds. Never underestimate the amount of information that can be gained by not getting the right answer but by asking the right questions.

Data protection at rest: When data is protected while it is just sitting there in its database or on its hard drive.

Data protection at transit: When it is going from server to client it is in-transit.

Various servers do one or the other- protected SQL databases, VPN connections, etc., however there are not many that do both primarily because of the extra drain on resources. It is still a good practice to do both however, even if it does take a bit longer.

Windows local accounts have a great deal of baggage tied to them, running back a long way to keep compatibility for user accounts. If you are a user of passwords more than 13 characters, you may have seen the message referring to this fact. However, Active Directory accounts have a great deal of security tied onto them, not the least of which is that the system actually doing the authenticating is not the one you are usually sitting at when you are a regular user. Breaking into a Windows system if you have physical access is really not that difficult at all, as there are quite a few dedicated utilities for just such a purpose, however that is beyond the scope of what we’ll be getting into here.

Both acronyms are Intrusion Detection Systems:

Both systems have two basic variants: signature based and anomaly based. Signature based is very much like an anti-virus system, looking for known values of known ‘bad things’, while anomaly looks more for network traffic that doesn’t fit the usual pattern of the network.

A lot of people would say that they are the same thing, and in a sense they would be right. However, one is a potential problem while the other is an active problem. Think of it like this: You have a shed with a broken lock where it won’t latch properly. In some areas such as major cities, that would be a major problem that needs to be resolved immediately, while in others like rural areas its more of a nuisance that can be fixed when you get around to it. In both scenarios it would be vulnerability, while the major cities shed would be an example of an exploit – there are people in the area, actively exploiting a known problem.

That’s not entirely accurate given the complexities at work in most scenarios, but its close enough to explain the idea.

The baseline for these though would be three key elements:

Almost all modern mobile devices regardless of manufacturer have anti-malware and remote wipe available for them, and very few systems now do not come with full-disk encryption available as an option directly within the OS.

This is an especially loaded question. Like any major group without a central leader, they seem to be mostly chaotic, at times seeming like a force for good, while at others causing havoc for innocents. Choose your words very carefully here, as it could be a dealbreaker.

Something they know (encrypted password), something they have (access token), and something they are (biometrics). Two factors authentication often times uses a password and key token setup, although in some cases this can be a pre-generated PIN and biometric (thumbprint, etc.). Read More …