A default route is used if there is not a specific entry in the routing table for the destination.

Routing moves a letter or telephone call to the access layer (as in a street or telephone exchange). Switching makes the final delivery. A switching decision is made on the part of the address that is not used in routing.

If a delivery system is not divided into access, distribution, and core layers, every point in the system needs to maintain every possible destination address to make a delivery decision. The use of a layered system means each layer needs only the information necessary to deliver to the next layer, either above or below. 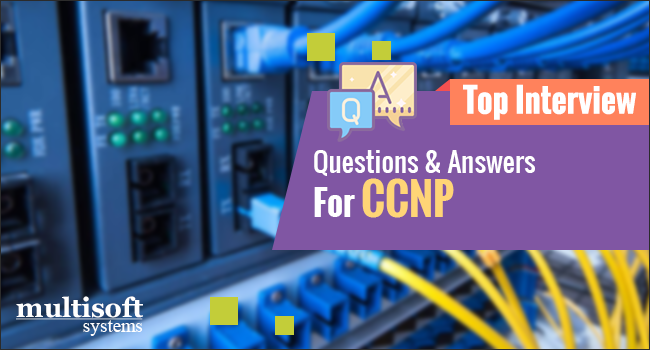 Using multiple protocols is modular and allows changes to one protocol without affecting the others. For example, if the addressing protocol is dependent on the delivery protocol, changes to one would imply changes need to be made to the other.

Areas allow the design of a hierarchical network. Routes can be summarized or blocked in an area to reduce the amount of routing information on internal OSPF routers.

OSPF intra-area and interarea routes, and a default route. External routes are not advertised into a stub area.

Types of routes are:

OSPF interarea and external routes are not advertised into a totally stubby area.

Classfull routing don not advertise subnet mask information along with the network prefix while classless routing do.

Routers networks are divided in to areas which are they connected to backbone area0. The areas help you to give performance and easy to handle big network

If a route has more than one route to the same IP prefix, the best path is the one with the shortest AS_PATH

The process of communication and exchange information between the different routing protocols is called Redistribution.

STP: It is used to prevent switching loop in the switching network.

RSTP: It is same as STP just only one thing which is timing of port forwarding has been decrease to 0.

A core network is where the entire main network lives. Without core network, the whole network cannot be run. All routers and switches are connected to their core network.

Private Vlan is used where hundreds of vlans are configured. You only need to make one vlan and all other vlans in this vlan.

It is a method of summarizing route in one IP/network

Load balancer is a network device which is used to balance the load in on available nodes.