Humans are the only organism who can think and plan; it is believed that the power of imagination separates them from the other animals. We have dreamed up and created some amazing objects, even though our existence is relatively short. Starting from the wheel, calendar, and electric bulb, the range of inventions has now reached to the robots and artificial intelligence. We have also invented the computer and using it for multiple purposes. The computer and robot are considered among the biggest inventions in the history of mankind. However, computers are now engaged in controlling industrial robots.

The history of robotics

Canadarm2 was the first robot designed to use artificial intelligence. It was launched in 2001 and attached to the International Space Station. The smart AI-based robot was a more capable version of the arm used by the Space Shuttle. Robot manufacturing company iRobot made a robotic vacuum cleaner, i.e., The popular Roomba, in 2002. Remote control weapons were used in World War I. And the term “robot” was first used in 1921 in a play published by the Czech Karel Čapek. As per the author, the term, the Czech robota (which means meaning servitude), was created by his brother Josef. The word, robot, was pronounced “robit” in the 1950s. 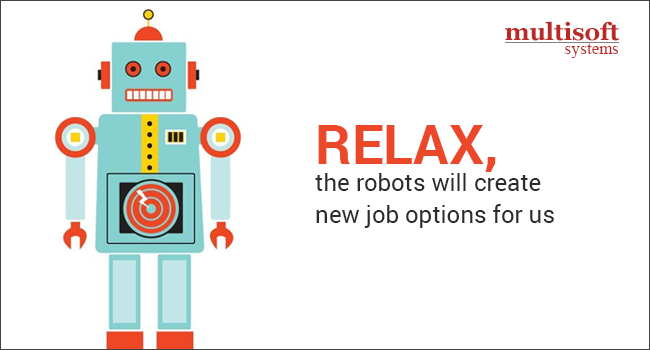 What will happen if robots become conscious?

It is not possible for many of us to think about the consciousness of robots or computers. What if it comes into reality? In adherence to a professor of philosophy at the University of California, Eric Schwitzgebel, the problem lies in the definition of consciousness. He thinks that the vivid sensations are part of consciousness. If the robots and computers can’t experience through sensors, at least they can detect – stimuli that we would interpret as sensations.

Why will robots create new job options for us?

Do you think robots will kill jobs? It is obvious, but the fact is not completely true. Alibaba founder Jack Ma, while speaking at the Bloomberg Global Business Forum in New York, said, “These worries are very normal — two hundred years ago when the steam machine came, people started thinking the steam machine is going to take a lot of jobs.” And the same thing repeated with computers. But, both the steam machine and computer have been creating new job options for us.

He thinks that artificial intelligence and robots may wipe out some of the job profiles in the manufacturing industry, but AI and robotics training are going to prepare us for new job profiles. However, small business ventures that are using the internet to get more customers will lead to economic growth this century.

Shape your future with robotics training