At first, I must tell the abbreviation of VHDL – Very High-Speed Integrated Circuit (VHSIC) Hardware Description Language, is programming language used to describe the function of a logic circuit along with its data flow activities, and structure. Here, the function of hardware is to design a programmable logic device with a custom logic design. 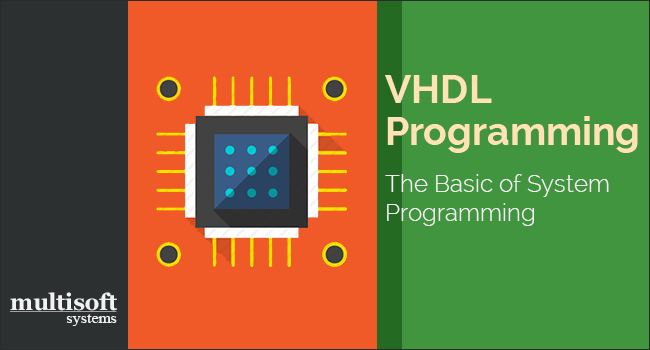 VHDL program structure starts with ENTITY block, basically, we can say that the VHDL’s program format is based on the concept of BLOCKS, an ENTITY block is used to elaborate the interface of the design, and whereas, an interface is used to describe the input and output logical signal of the circuit being designed. The second essential part of program structure is the ARCHITECTURE block; it is used to elaborate the internal function of the design.

In the current situations there are many job sectors where one can start the career as a VHDL programmer.